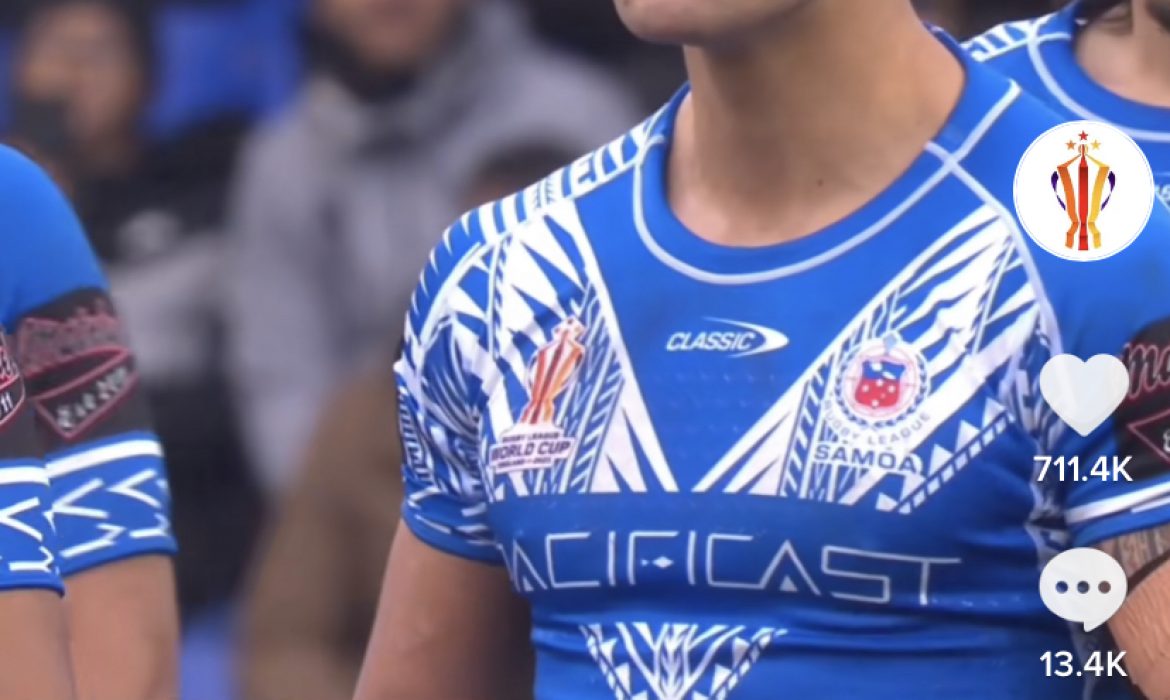 London, UK, 8th December 2022 – The recent Rugby League World Cup (RLWC)  tournament may have been delayed from its intended dates in 2021, but the competition was the most comprehensive ever staged, and saw the men’s, women’s and wheelchair tournaments held concurrently with all participants being paid the same. 32 teams (16 men, 8 women, and 8 wheelchair) from 20 nations competed in a total of 61 matches at various venues across England. For the RLWC organisers and its production partner Whisper, this totem event provided a great opportunity to flex the power of social media and reach a huge international audience using Tellyo Pro.

“We have previously worked with Tellyo on a few different projects, but this was the most significant”, notes Joe Bennet, Creative Digital Lead at Whisper. “The organisers were looking to post six clips per match plus a full highlights package, so it was a very busy schedule for our team. Tight deadlines mean we need to work with a platform that is efficient, robust and performant. We also usually work with a mixture of in-house staff and freelancers, so training and support are both important issues. I’m very pleased to say that Tellyo Pro ticks all of these boxes for us”.

One of the key features of this project was the ability of Tellyo Pro to ingest ProRes broadcast-quality files which could subsequently be shared with broadcasters and other media partners during the tournament. “We were extremely pleased with the quality of the footage and just how wide a reach we achieved”, comments Sara Piper, Head of Digital at Rugby League World Cup. “One clip featuring the challenge war dances conducted by the teams before the Samoa versus Tonga match has been viewed over 15 million times. We posted almost 600 Tellyo Pro clips throughout the tournament – these featured pre-match anthems, in-match action and post-match highlights compilations and were far and away our most engaged-with content. We’re always looking for ways to increase the popularity of Rugby League and reach new audiences – Whisper and Tellyo Pro have really helped us meet that important remit”.

“This year’s event was a thoroughly memorable World Cup”, notes Tellyo CEO Richard Collins. “I’m very proud that we were able to meet the challenging quality requirements set by the tournament organisers, and also help set a new standard for audience engagement in the men’s, women’s and wheelchair games. We’ve seen digital and social media content transformed from the lesser relation of traditional broadcast to the twin sibling, and we’re very pleased to be playing our part in that ongoing trend”.

Tellyo empowers media and content teams to produce compelling live video that can be streamed to multiple digital and social media destinations using Stream Studio, Tellyo’s cloud-native production solution that includes an 8ME vision mixer/production switcher. With Tellyo Pro, branded video clips, highlights and compilations can be created and published to channels simultaneously and instantly, from anywhere, all with one click. Tellyo Guest helps you deliver high-quality web conferences, events and presentations in real-time that bring external contributors and commentators into productions from multiple devices. Tellyo Talent lets athletes, actors, sponsors, ambassadors and influencers amplify your reach and engagement across social media. Faster, greener and more efficient, Tellyo is #smarterproduction!